If you’ve been following along for a while, you’ve probably noticed I’m a bread lover. Nothing better than a freshly baked bread. So proper bread in a restaurant is a real deal breaker for me. Good food, but bad bread, means chances are a lot smaller I will return.

That said, for quite a while now I’ve been making my own bread, almost every week. And after having made a lot of breads using general dried yeast I decided it was time to try making sourdough bread. Even though the first few failed quite miserably, patient practice really turned it into better and better bread everytime.

What is a sourdough bread?

You might think a sourdough bread is a sour bread. And whereas there are certainly sour sourdoughs, it certainly doesn’t have to be. In my case, most of my breads don’t taste sour.

A sourdough bread is a bread not made with commerical Baker’s yeast, but instead with natural yeast in the air around us. Since it cannot be packed in a packet, the same yeast will be reycled and cultivated for re-use, but we’ll come back to that below when discussing the starter. Besides yeast, there also tend to be bacterial cultures in the dough.

A sourdough bread tends to take longer to make than one with conventional Baker’s yeast since the yeast might not be as powerful. So instead of having a quick rise, sourdough breads tend to have a longer rise period. Due to the longer proof period as well as the wider range of micro organisms in the dough, a sourdough often has a lot more flavour, even though it’s also only made with flour, water and salt. 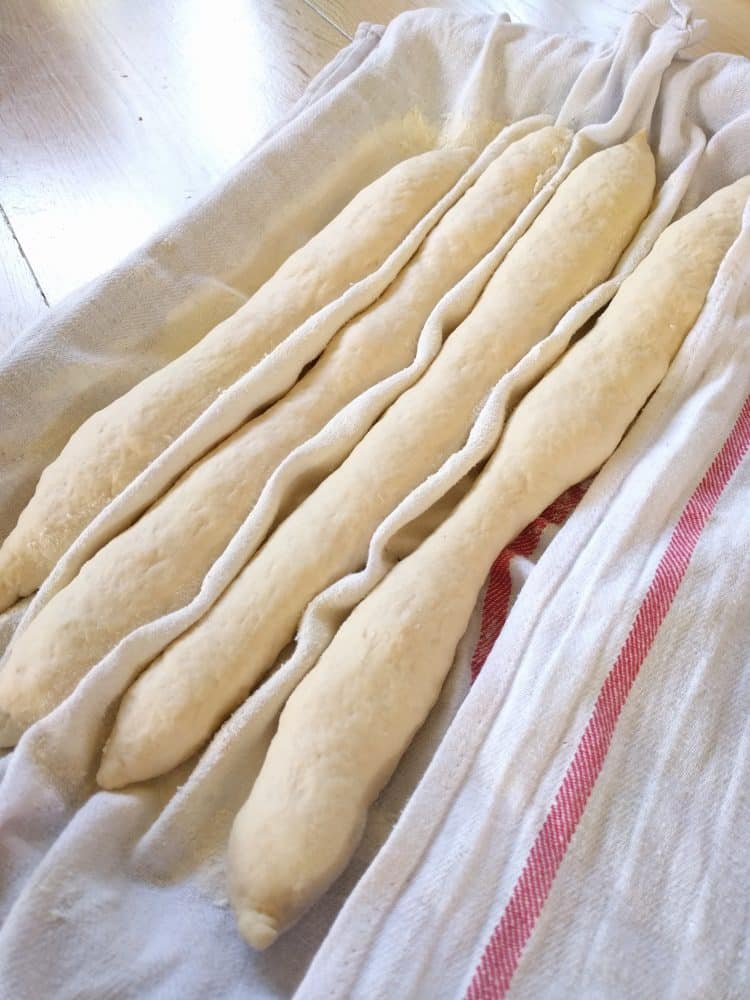 What is a sourdough starter?

The starter is literally the start of any sourdough bread. It’s the starter that forms the basis of any sourdough bread. A starter is that mixture of (good) yeasts and bacteria, it will give a bread its rise as well as its flavour thanks to a lot of (fermentation) processes going on. The starter is a living mix of flour, water and micro organisms. Since it’s a challenge to get all the right micro organisms in this mixture, this starter will have to be kept alive to be able to use it every time when baking bread.

When making a sourdough starter you are essentially collecting the micro organisms you need for making your sourdough. This will take some time, so if you plan on using a starter, make sure you start at least a week in advance. That said, once you’ve made it, you can keep it for a long long period of time (for years, easily).

There are a lot of different ways to make a starter, I’ll stick to the method I used, but feel free to experiment around. There are several ways to get the same result!

Start by mixing equal quantities of water and flour in a bowl, start of with 100g of each. Mix it through, it is not a problem if there are still some small lumps in there. The flour will serve as the food of the micro organisms you’re trying to attract.

In some cases just leaving this mixture open on a kitchen table might be enough to ‘catch’ the micro organisms. However, you chances of success are a lot higher if you add something that has some yeasts on them. In my case I used approx. 10 brown raisins (don’t use the white ones, the sulphite treatment to make them yellow won’t help). Mix this material in.

Close the bowl of with an air tight lid and leave to sit at room temperature. If you want to ‘catch’ more micro organisms from the air, leave the lid open.

Now you just have to wait and let the micro organisms (mostly yeast) do their work. After a couple of days you should start seeing little bubbles in the mixture. If you see them appearing that’s a good sign!

About 2-3 days after the first bubbles appeared it’s time to feed your starter again. The nutrients from the flour might run out, and once the food has run out, the micro organisms will die again.

Feed the mixture by adding again equal amounts of flour and water (again 100g each works well). Leave this to stand for a day or 2-3 again. You should see more bubbles appearing. Once it’s clearly bubbling, you’re fine and you’ve made a starter!

Once you’ve got a starter you can use it for baking bread of course. However, it would be a waste of the precious cultivation of your starter (it might not have turned out in one attempt, so you’ll want to prevent having to do that over and over again).

The starter can be maintained without to much effort. It’s all about feeding it regularly (but not too often) to keep it alive, while also making sure it doesn’t grow to fast or it will make you run out of all your flour.

The way I maintain my starter is as follows:

See, not as hard as it sounds. What’s most important is to simply start with it. After a while you will figure out what rhythm works best for you and the starter you’ve created.

Before we end, some common questions around sourdough starters. If you have any others, leave a comment and I’ll include them in the post if I have the answer.

Does the water type matter?

I’ve read articles in which people discuss the best type of water to use here. In the Netherlands it’s perfectly fine to just use tap water. If you live in a country with a high chlorine content in the water, this might limit the growth of your micro organisms. Once the starter is going it should be fine, but I’ve read it’s trickier to get things started. That said, I don’t have experience with it, so I would always suggest to start with tap water and if it really doesn’t work, try bottled water (no specific type, just a cheap standard one).

Does the flour type matter?

No, the cheaper the better plain white flour, the better. You’re using a lot of flour to keep things going and really the micro organisms are going to affect you’re bread more than the type of flour in the starter.

If you want to make a special starter, such as a rye starter, use the right type of flour for the purpose, but in general a simple white flour works just fine.

Again though, avoid bleached flour when starting the starter. These might not allow growth of micro organisms that well.

Does the type of container matter?

I prefer using a container with a lid that can be closed tightly. However, the lid should be able to pop open by itself if the pressure becomes too high in the container.

So why on earther do I want it closed off completely? It will create an environment without any oxygen and this is beneficial for the growth of the bacteria and yeasts.

And why should it be able to pop open? When the bacteria are growing they’ll be producing gases (carbon dioxide). If they are very active the pressure inside the container can increase quite a bit. Most containers can handle some, but you wouldn’t want the pressure to build up so much that it actually breaks. So having a top that can pop off doesn’t hurt.

My main go-to book for these recipes is Brilliant Bread (from James Morton). Even though I’ve had to adjust most recipes to work well with my ingredients, they form a good simple basis for starting. It also contains a section on starting a starter, however, I did find it was a little hard to start when really starting off.

You’ll only learn sourdough starter making by actually doing it. So go ahead and give it a try! Good luck!