Pancakes are one of my favorite breakfast foods to make in the weekend if I don’t feel like my regular yoghurt or bread for breakfast. They’re easy to make and jummy to eat. By now I’ve got quite a god basic recipe so I keep on trying new things to see where I can improve or tweaks things a litte. Just the other day I was trying a eggless pancake version, using almond flour for that extra hint of flavour. It turned out great!

Just about all pancakes I tend to make contain eggs. I’ve always thought those are necessary to keep the pancake together and make them flexible. So when trying an eggless pancake recipe, simply because I didn’t have any eggs, I was curious to see how that would work out.

And it worked out surprisingly well, so much that I decided to share the recipe and discuss these pancakes in a little more detail.

Let’s not make the analysis of this pancake a long story, I’ll keep it simple and short, but they’ll be just the kind of tips you need for making delicious pancakes! Also, there are lots and lots of opportunities to simplify this pancake if you happen to not have all ingredients, so continue reading.

This isn’t the first time I’ve written about pancakes. Didn’t learn enough yet when it comes to pancakes? Be sure to read some of my previous posts! 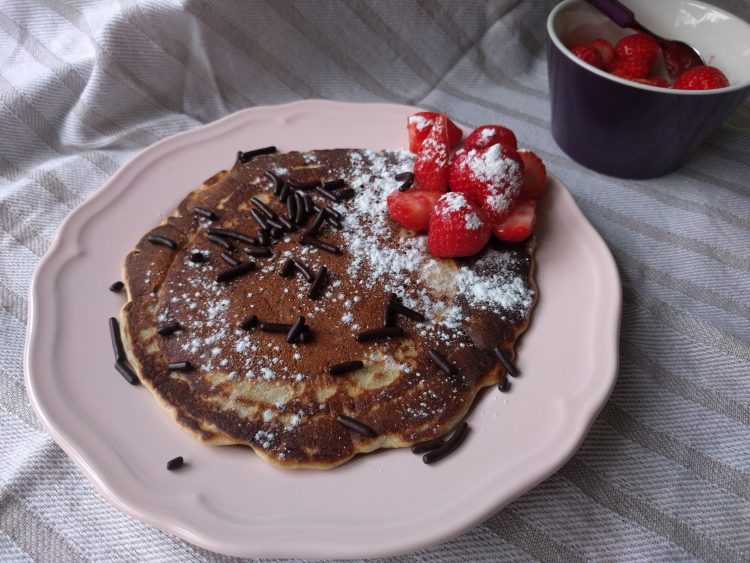