Before fridges and freezers were invented, we used other methods to keep our food good. Meats especially were vulnerable. Common ways to preserve meat included salting and drying. Another method, which might not immediately remind you of preservation, were pies. By incorporating meat in a sturdy pie, the meat would be protected from the outside. Most likely, the doughs wouldn’t be as delicate as the doughs we eat now, since they wouldn’t protect as well.

With this Dutch food ‘worstenbroodjes’, I’d imagine they were invented for this same reason, to keep the meat inside good for a little longer. Whether that’s actually the case, I’m not sure, but they are ideal for taking along on a day out!

A worstenbroodje is essential a sausage roll, it’s a meat mix wrapped around in a bread dough. It origins from the south of the Netherlands, a province called Noord Brabant. Even though the Netherlands is quite a small country, there still are quite a lot of region specific foods and this is one of them. Most of them can nowadays be bought all throughout the country, but in the ‘original’ region itself they seem to be just a bit more prevalent and flavourful. 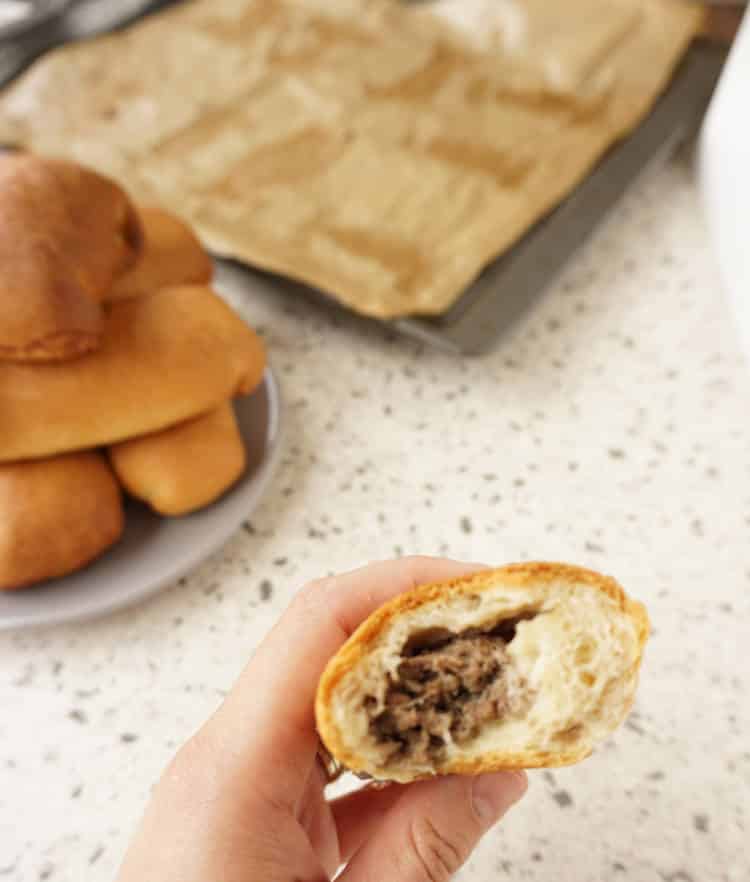 The trick of a worstenbroodje is to have a nice and light dough on the outside, but a moist meat filling on the inside. The meat tends to be slightly flavour as well, with spices such as nutmeg. 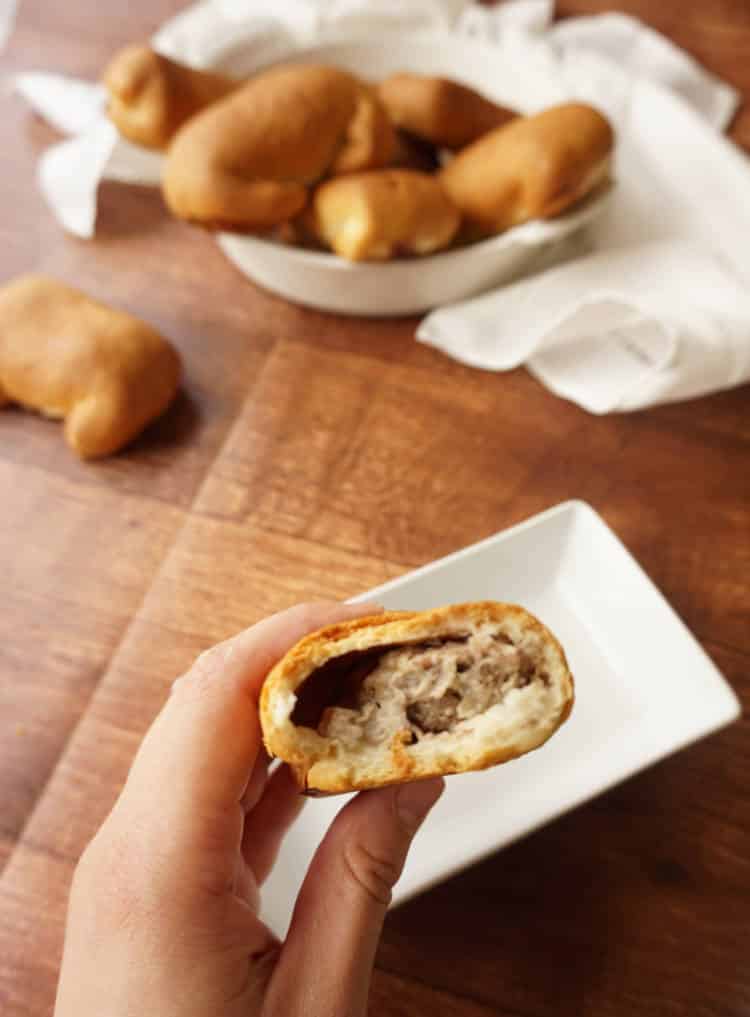